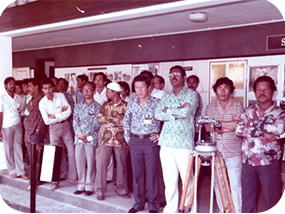 Department of Survey and Mapping Malaysia (JUPEM) is one of the earliest agencies in Malaysia that performs the survey and mapping activities which started in 1885 when the Department of Survey Johor was established. During the 1885 and 1957 period, the States Survey & Topographic Department were gradually, established one by one and later merged as one entity as it is now known. In 1965, the government approved the setting up of “Direktorat Pemetaan Negara Malaysia” (Directorate of National Mapping, Malaysia) that was responsible in survey, mapping, topographic and geodetic activities.

Later, Sabah’s JUPEM was found in 1983. Another branch was set up in the Federal Territory of Labuan in 1984. In 1989, Sarawak’s JUPEM was created while Perlis’s JUPEM was opened in 1995. 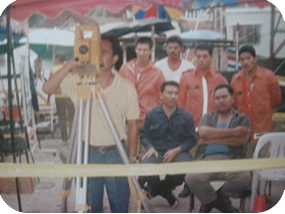 Since its foundation, JUPEM has embarked into various restructuring programs and modernization process in order to improve its services and products offered. JUPEM has always strived to be the best in survey and mapping activities ever since its conventional era. This effort continues even in the era of satellite technology.